How hot is MXene? Only after reading this article did you know!

MXene material is a kind of metal carbide and metal nitride material (transition metal carbide / nitride) with a two-dimensional layered structure. Its chemical formula is Mn + 1AXn, where (n = 1¨C3), M Represents the former transition metal, such as Sc, Ti, Zr, V, etc .; A usually represents the chemical elements of the third main group and the fourth main group; X represents the element of C or N, and because of its similar layer structure to Graphene, Name MXene.

MXene materials were first prepared by Dr. Yury Gogotsi and Dr. Michel Barsoum of Drexel University in 2011 to guide doctoral student Michael Naguib to selectively etch the A atomic layer in the MAX phase by HF. The earliest type of MXene that has been experimentally prepared and is currently the most studied is Ti3C2Tx. MXene¡®s unique physical and chemical properties have attracted a lot of attention in recent years in the fields of energy storage and conversion, sensors, and multi-functional polymer composite materials. But what is the current research trend of MXene, the distribution of major research groups and their research interests, and where is the future research direction? The editor in this issue will conduct a brief data analysis to help you have an overall understanding of MXene research.

As MXene has shown its talents in many fields and frequently appeared in the top journals of various research fields, the research on MXene has exploded in recent years. According to the keywords "MXene" or "MXenes", the subject search was conducted through the Web of Science database. The document type was limited to "Article" and "Review" for a brief analysis. A total of 2500 results were retrieved, taking into account the Web of Science included journals The lag of the paper, the current research paper on MXene should be higher than this value.

As can be seen from the histogram, the number of papers with MXene as the research theme has shown an explosive growth in 2018-2019, of which 980 were reached in 2019. At the same time, considering that in April 2020, Web of Science has included 453 It is predicted that by the end of 2020, the number of MXene articles will inevitably reach a new peak, which fully shows that MXene has become a hot spot in the field of materials research.

Such huge papers and results output show that MXene does have very good scientific research value and even practical application prospects. So, what are the main areas of research on MXene? It can be found from the distribution of disciplines that the main directions of publications are concentrated in materials science and physics.

Considering that the material subject is a strong comprehensive subject, there are overlapping directions. To further understand the specific direction, you can analyze its published magazines. Statistics show that MXene-related papers have reached more than one hundred articles in the energy journal Journal of Materials Chemistry A (IF 10.733), and in the comprehensive journals ACS Applied Materials & Interfaces and ACS Nano.
At the same time, according to the editor¡®s tracking of MXene research in recent years, a considerable part of the articles related to MXene on ACS Applied Materials & Interfaces and ACS Nano are also related to the application of electrochemical energy conversion and storage, so it can be concluded that at this stage The mainstream research on MXene is still focused on energy conversion and storage. And this is exactly in line with the origin of MXene¡®s research. In 2013 and 2014, MXene appeared in the Science and Nature publications shortly after its "debut", which also indicated that MXene¡®s research for a long time in the future Direction. It is worth noting that not only ACS Nano, Adv. Mater., Adv. Funct. Mater. And other top journals have many reports on MXene, but also on top academic journals such as Science and Nature sub-journals, there are currently reports on MXene There are as many as 43 articles and the high frequency is amazing, which also fully illustrates the good research and application prospects of MXene. 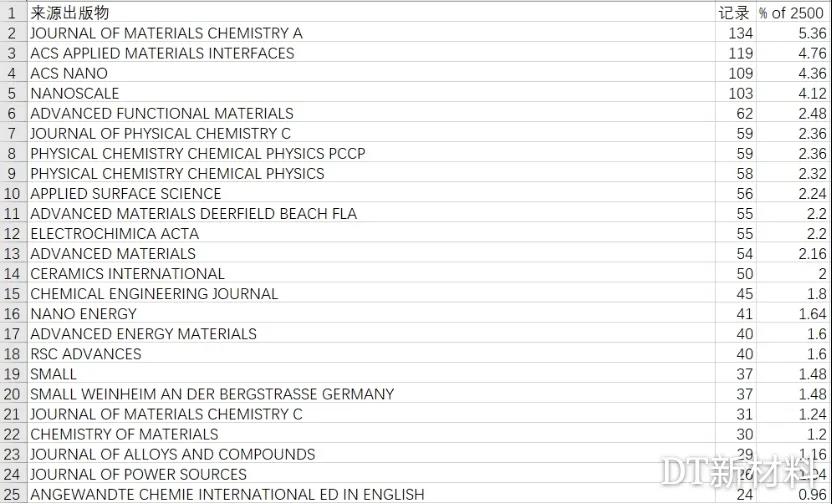 So, what is the quality of such huge research papers and output, in other words, whether the research of the researchers is in-depth, is it important for academic research and even the practical application of MXene? Judging from the current highly cited and hot papers, the number reaches 220, accounting for a total of about 8.8%. This aspect shows that MXene is highly concerned. On the other hand, it also shows that a considerable part of the research on MXene is received. Relevant researchers are highly recognized.
At the same time, it can be seen that as a discovery agency for MXene materials, in highly cited and hot papers, Drexel University participated in a high proportion of MXene related research. However, by analyzing the sources of research funding, it can be found that the research funded by the China National Fund accounts for a large proportion of highly cited and hot papers. This is also the result of the strengthening of international cooperation in scientific research in recent years. 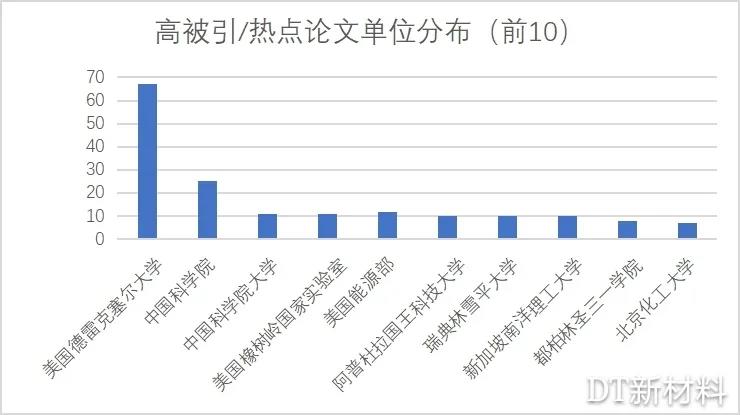 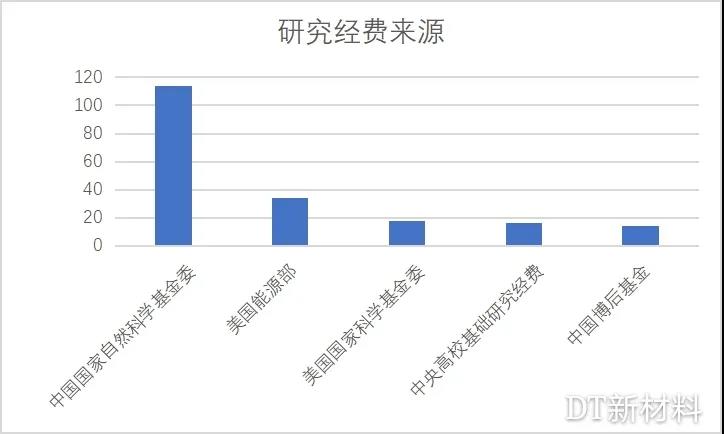 At present, many research teams at home and abroad have made a series of breakthroughs. For example, Yury Gogotsi recently reported the method of preparing MXene in batches (Advanced Engineering Materials 22, 1901241, 2020), and Michel W. Barsoum realized the preparation of MXene (Chem 6.3: 616-630, 2020). In addition, the researcher Zhang Chuanfang of the Federal Institute of Materials of the Swiss Federal Institute of Technology has also developed a high-concentration, additive-free, highly conductive aqueous ink based on MXene waste precipitation, thereby turning waste into treasure and reducing device production costs (Advanced Materials, 2020, 2000716 ). The above research provides the prerequisites and good ideas for the industrial application of MXene.

Although the research on MXene has received widespread attention and has made a lot of progress, there are still many issues to be solved in the research on MXene. For example, the stability of MXene when exposed to water and oxygen is one of the main problems that plague many researchers. It is also an important factor restricting the practical application of MXene. Other issues such as MXene defect engineering to achieve performance control, MXene and polymer matrix interaction (compatibility), etc. are also important topics in the future. MXene, as an emerging popular two-dimensional material, will be a research hot for a long time in the future. It is believed that through the cooperation of scholars at home and abroad, the practical application of MXene will eventually be realized.